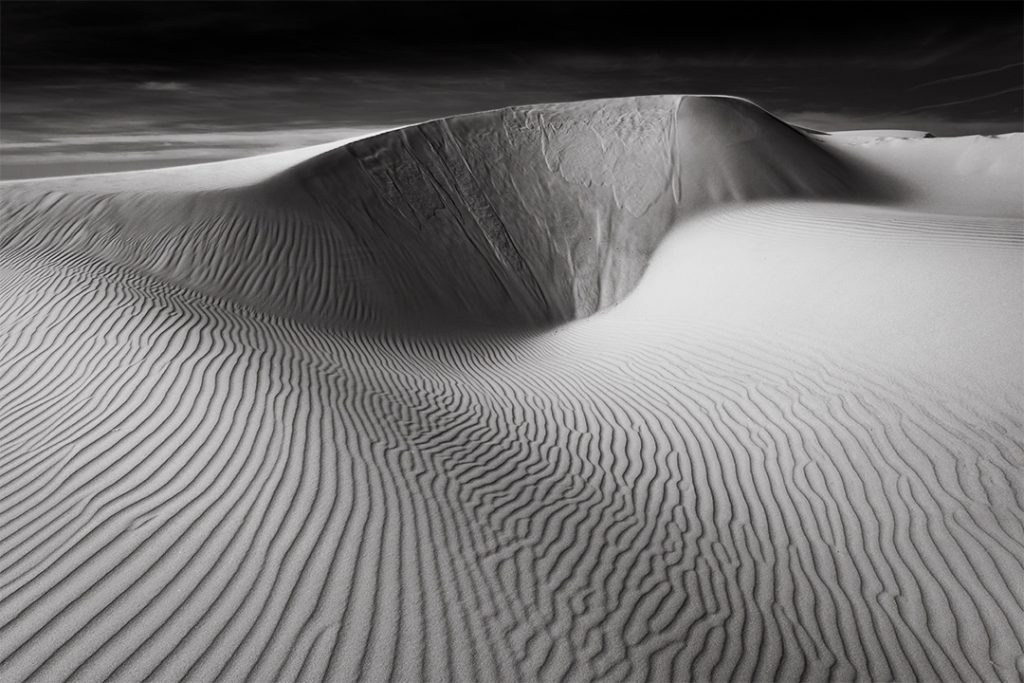 Creative work can be a pathway into the nature of the mind. I am currently exploring the science and art of creative response with a camera and in viewing art with a recent body of photographic work.

The human mind runs deep. Of this there can be no doubt. Cognitive neuroscientists claim that only 5 percent of our brain is conscious while the rest lies beyond our awareness. The conscious mind rules rational thought, language, as well as logical processing, and often manifests in thinking in words—while the unconscious mind thinks in the language of form and, often, through images. Thinking in form holds many keys to the lasting power of art.

Scientists differ on the role of the unconscious mind. We know there are many layers to the depth mind and it drives many of our emotions, intuitions, psychological complexes, and deep motivations. It is also the realm of metaphor, symbol, allegory, our instinctive drives and insights, and, according to Freud, our conscience. As humans adapt to the world through evolutionary biology, the unconscious is also the repository of what used to be known as our racial characteristics, those traits and knowledge that belong to all of us. Nowadays of course that phrase has been appropriated by identity politics and the word “racial” implies mostly the legacy of one’s skin color and ethnic identity, not the characteristics that we share with all other humans. Carl Jung referred this deep part of the mind as the “collective unconscious.” 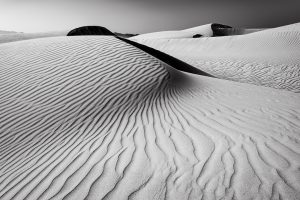 From what source does our creative activity spring? It would be a mistake to think that creativity is only a product of the rational mind. Although the action of the surface brain as expressed through concepts and technical skills is fundamental to the creative process in any medium, for our work to reach and touch others, we must learn to employ the power of the depth mind. We must learn the resonant language of myth, symbol, metaphor, and the myriad aspects of the visual language: shape, line, color, light, form, space, and rhythm. Our concepts and ideas can be readily expressed through art and photography, but for our work to have depth and lasting impact—in whatever medium or modality we work—our process of creation needs to include attention to its unconscious content.

In my own work and in that of many of my students, I observe a consistent phenomenon. We start with an idea, a theme, or a question that drives our explorations. Hopefully, that theme or idea arises with some degree of enthusiasm or passion. The work holds promise and is often competent, but it lacks something, an essential element, and that insufficiency remains undefinable. We don’t always know exactly what we are looking for. The work takes on the nature of a vital search for meaning and resonance. As we plant the seeds of our questions and explorations in the unconscious, a process of gestation take place under the surface of our conscious awareness. A moment comes, sometimes early or sometimes late in the process, when a new insight is reached, an epiphany arises with thundering wisdom, and suddenly the ongoing work gains a new power and elegance unavailable in its early stages.

Equivalent experiences happen in all the arts. Writer Natalie Goldberg recounts attempting on a number of occasions, without success, to write about her father’s death. She describes this effort as “exploring and composting” the material.  “Then suddenly, and I can’t say how, in December… a long poem about that subject poured out of me. All the disparate things I had to say were suddenly fused with energy and unity — a bright red tulip shot out of the compost. …”

The Silence and Solitude of Consciousness­

In viewing the paintings of Mark Rothko, I am consistently impressed with the power of his paintings to both mirror and awaken the vibrations and refined energies of the inner world. When art critic Dore Ashton visited his studio, he prefaced her viewing of the paintings with the comment, “These are not pictures.” Later on, he said, “I don’t express myself. I express my not-self.” In true Buddhist fashion, Rothko attests to the power of art to express the subtle dimensions of consciousness through a powerful combination of inner silence and thinking with form and color. 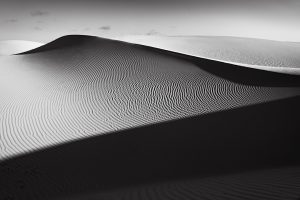 I have done several bodies of work that deal with social and political realities. My two principal interests are the effect of western colonization on the islands of Hawai‘i and the allied themes of aloha ‘aina (life of the land), climate change. and environmental challenges. In my most recent work, begun last May, I have been photographing the Oceano Dunes, a location on the Central California coast that has attracted photographers and artists for the past 75 years. In these images, I am consciously attempting the difficult task of thinking with form, light, and metaphor in a manner that bypasses verbal reasoning.

When with the camera or editing images on the computer, I am striving to be inwardly silent, in touch with the dynamic energies of the body and its corresponding response to visual impressions, and to awaken to the insights from my emotional nature. Where and how do images touch the inner body? What states of mind and what qualities of feeling are expressed? Can images awaken specific states of being within, and how? Can the myriad and subtle dynamics of the inner world be made visible and known?

When painters, poets, musicians, or dancers distill their experiences to an essential core and express a refined sensibility, viewers find that those same qualities within themselves are activated and awakened. Why else is it that a line from Whitman or Rilke, music by Bach or Beethoven, or shapes and colors by Rothko or Pollock can create such an intense response?  The making of art is, at its best, a disciplined practice of refining word patterns, finding subtle relationships of form and color, or fine-tuning movements of the body, which may heighten wakefulness, increase mindfulness, and cultivate an opening of the heart. Creativity encourages a widening and deepening sense of being, for both the artist and the viewer.

The immense difficulty of this task comes through a very specific discipline and a re-ordering of our usual hierarchy of concerns. Typically, when approaching the unconscious, we locate ourselves in the rational mind and attempt to “interpret,” often with words, the wisdom and insights that are expressed through metaphor and symbol by the depth mind. Most of the approaches to dream analysis and decoding symbols rely upon certain formulas based on verbal reasoning. This seems to me a reductive approach, to take something as large and multi-dimensional as the unconscious and truncate it, bring it down to the level of the rational mind and its verbal manner of thinking.

Is there another way, one that is expansive and not reductive—and one that does not diminish the breadth of the unconscious mind by bringing it down to the relative and highly subjective nature of words and language? Perhaps the key is in staying open, maintaining a sense of questioning, and staying comfortable with ambiguity. We need to approach the unconscious as a question, standing in front of its reservoir of wisdom with a conscious state of inquiry, of not knowing, and merely using the rational mind as a neutral secretary, making note of what insights emerge without drawing immediate conclusions or seeking understanding too prematurely. In short, we need to strive to think in form, not in words.

By trying to turn off, or suspend, the inner dialogue and merely being attentive to what is echoed within oneself in response to a work of art, we gain knowledge and insight into the language of the deeper mind and its mysterious language of metaphor, symbol, and wordless resonance. 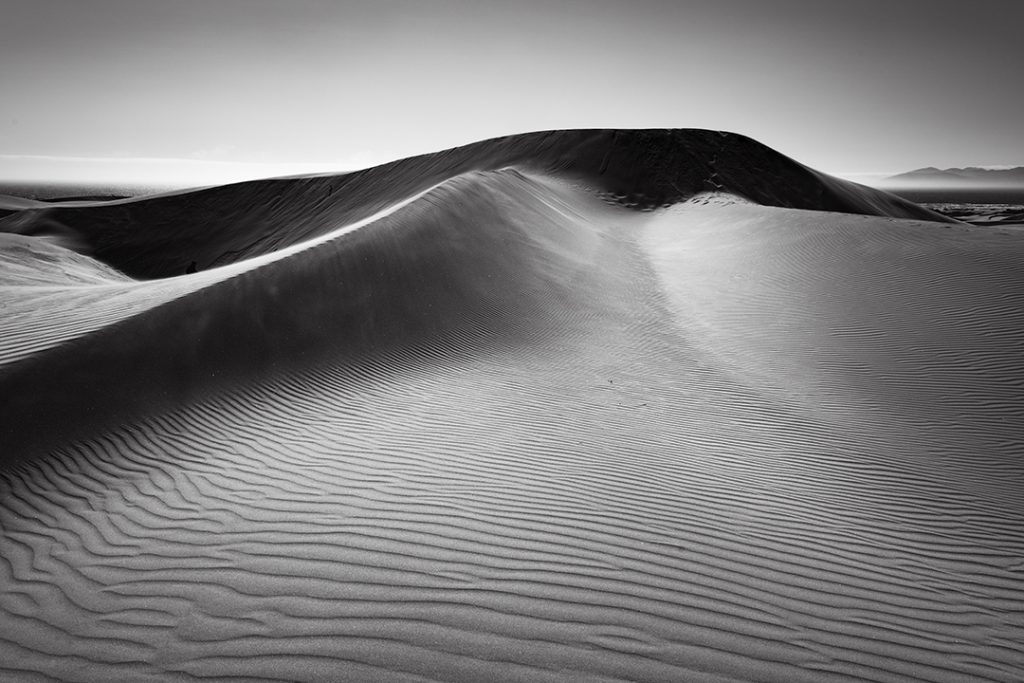 Over time, a non-verbal knowing emerges into the field of consciousness. This knowing partakes of the body, mind, feelings, and intuition, and does not depend solely on the currency of verbal concepts. This hard-earned, rare knowing is a state, not an event, and originates in a whole, unified sense of being. One of my teachers, D.M. Dooling, founding editor of Parabola magazine, writes in the book, A Way of Working:

So if we dare to use the word ‘creative’, we must see that its possibility lies in that mysterious human property of attention: not a mere mental attention, but an attention which relates and mobilizes the sensitive attention of the body, the affective intelligence of the feeling, and the ordering attention of the mind toward a more total openness to what is… and the real life, the living energy which that contains.

An eight-page spread of my recent project will appear in the upcoming Spring 2019 issue of Parabola magazine on the theme of Change and the Changeless. Happy holidays everyone and thanks for your great support of my book, Zen Camera, published in early 2018.