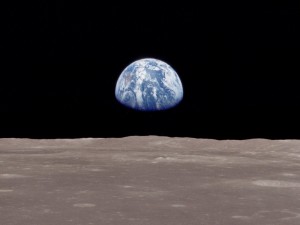 The earth needs healing. Now. As we enter the New Year, perhaps it is time to think beyond our own prosperity, our own happiness, our own success, and look at the pleas of mother earth. No longer can we naively view nature as a virgin, pristine presence—as generations have done in the past. We must look ahead and witness the legacy of our consumption and inattention on the generations to come.

We stand among the many who have been deeply touched by the views of earth from space in NASA photographs. The solitary blue planet—the one round ball, unencumbered by divisions of nations, peoples, and ideologies. This is probably the single most monumental visual image to have ever entered our collective consciousness. Our beautiful, fragile world—our home. 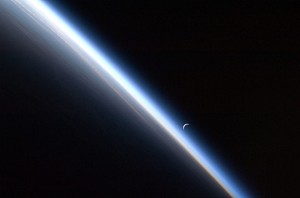 These photographs from NASA are beyond art, beyond science. They represent a new paradigm, one that is nearly impossible to ignore, and a new challenge for those of us fortunate enough to live in these times—with the extraordinary intersection of forces and events that are taking place at the beginning of the twenty-first century. We have, on the one hand, this image of the single, isolated planet Earth seen amidst the black vastness of space—showing at least the potential for a vision of global unity—contrasted with the plethora of events, challenges, complex issues, technological achievements, and conflicts that make up the world we live in.

If we are the least bit sensitive, all of these phenomena have entered our collective souls,compete for our attention, causing much questioning and consternation within us. The challenge is to move this questioning beyond the mind; to embrace the question which does not contain words or concepts or have an answer, but presents an opening, a doorway to a deepening sense of experience, one that includes the body, mind, feelings, and soul. To ask the question with our entire being: how to live a human life, one filled with integrity and shaped by conscience?

Ultimately, the creative process is not about making objects. It is about the rediscovery of ourselves and the re-making of the world—to become an artist of the very act of living. The quest for genuine creativity, in whatever form it takes, is none other than the search for the awakening of consciousness and for uncovering the long-buried voice of conscience. If consciousness is the higher and truer function of the real mind, then conscience is the higher and truer function of the feeling nature. However, due to the conditions of our upbringing and the discordant conditions of modern life, we are often exiled from the transforming influence of conscience. A thick, inert crust has grown over it, separating us from its unifying potential. Conscience begins to make its appearance when we relinquish the shields that hide us from feeling and knowing the truth of our situation, replete with inner fragmentation and contradiction. Even our rational minds know that to achieve unity we must first embrace, and then go beyond the region of duality where contradiction resides.

The masks that hide us from ourselves—and prevent a keen awareness of external realities such as the state of the earth—are often deep-seated filters that block our entrance into the subtle, causal levels of reality. Don Juan recounts to Carlos Castaneda:

“The things people do are the shields against the forces that surround us; what we do as people gives us comfort and makes us feel safe…We never learn that the things we do as people are only shields and we let them dominate and topple our lives.
…The world is incomprehensible. We won’t ever understand it… [or] unravel its secrets. Thus, we must treat it as it is, a sheer mystery!

A warrior is aware of this confusion and learns to treat things properly. The things that people do cannot under any conditions be more important than the world. And thus a warrior treats the world as an endless mystery and what people do as an endless folly.”

Many artists and creative individuals have simply not taken responsibility for seeing the larger picture, for becoming the shamans of our age, or for endeavoring to assist in the necessary process of healing ourselves and the world. Genuine creativity brings a palpable force into the collective atmosphere. It can literally help heal the world. To be creative is to participate in the ongoing process of making our world anew, of searching for innovative solutions, and offering a vital, special energy to our planetary existence.

Jeanne de Salzmann, Gurdjieff’s successor, said simply: “The earth needs our work… now.” If humanity has helped lower the level of vibrations on earth, then humanity can help raise it once again. William Segal, also a student of Gurdjieff, perceptively regards the conditions of our time in The Structure of Man: “Power potentials have been released which threaten to upset cosmic balances. Ironically, the more gigantic and astonishing our manipulation of these energies, the more puerile and insignificant our understanding of them. Philosophers and scientists are coming to agree that not only do we need a deep alteration in the present state of mankind, but that this radical shift depends solely upon our relationship to consciousness—the invisible, fundamental energy behind phenomenal existence.” 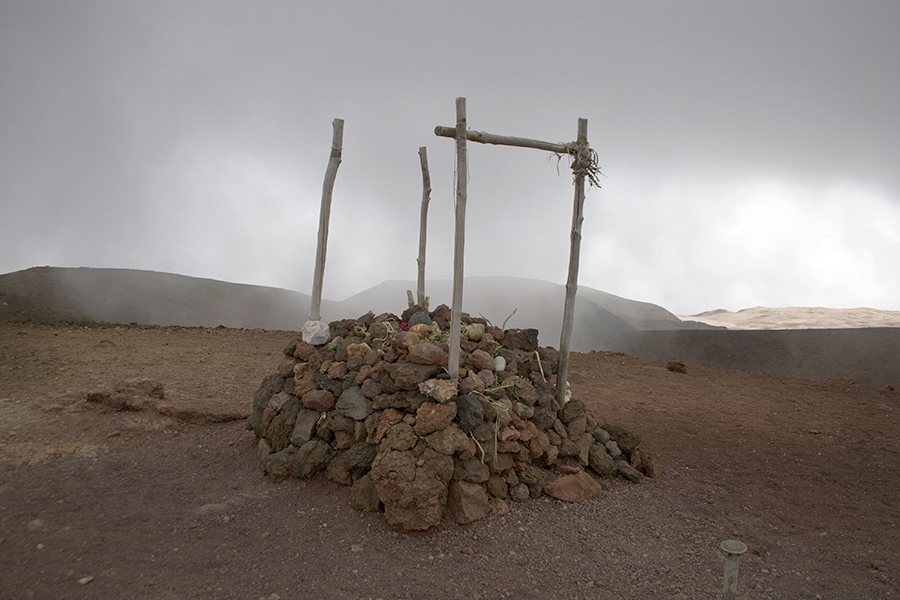 The guiding values for Native American and Hawaiian cultures, for example, reveal the means for a proper relationship to the land. Aloha ‘Aina, love of the land, treats the land as a profound living force that, in its essence, cannot be tampered with without serious consequences. The Hawaii State Motto reads: “Ua mau ke ea o ka ‘aina i ka pono” or “The life of the land is perpetuated in its righteousness.” Humanity lives with the earth in deep harmony, not above it with a sense of manifest agency, an entitlement that allows for the exploitation of its resources or the willful manipulation of its intelligent systems. “I belong to the earth; it does not belong to me.”

Can we change the devastating affects of our conspicuous consumption? Can we learn to live more simply, not enamored by material goods or living a frantic lifestyle that costs an enormous amount in fossil fuel? Can we become responsible towards the earth, once again? Can we begin the journey of uplifting our own states of being, and by extension, society and the earth itself?

Creativity, yoga, inner work, meditation, stillness—the greatest gift that we can give mother earth is consciousness. To change the discordant vibrations of humanity into a peaceful guest that deeply acknowledges its host.

What can we do? What will we do?

Adapted from The Widening Stream: the Seven Stages of Creativity (Beyond Words 2002) by David Ulrich