In Hawai‘i, embedded deep within the culture, lies the beauty of the spirit of aloha. In its purest form, the word aloha signifies an abiding love for all living things, including the ‘aina or the land. As you come into the sphere of Hawai‘i nei (beloved Hawai‘i), you feel the aloha spirit as an inner calling towards love, truth, and peace. It is unmistakable yet very subtle and awakens real feeling. We can sense the enormous value, the contribution made to world culture through this simple action of embracing a sense of love for all living things. Regrettably, aloha has not been fully realized even from within the culture and has been so misappropriated by the tourist industry to become a mere shadow of its intrinsic meaning.

We need to return the spirit of aloha to its proper place, as an action, a striving that can be embodied within us all. From April 14 – 16, His Holiness the Dalai Lama is in Hawaii promoting world peace and compassion in a series of events titled The Pillars Of Peace. Organized by the Hawaii Community Foundation and funded by a lead grant from hosts Pierre and Pamela Omidyar, founder of Ebay and his wife, “the visit is designed as a mutual exchange of cultural values and historical lessons that is sure to spark discussion and contemplation within and beyond Hawaii.”

“Over the course of his stay, His Holiness will have the chance to learn about the history, traditions, and challenges of the Native Hawaiian community and a chance to experience the “spirit of aloha” for which Hawaii is known. Pillars of Peace aims to inspire people in Hawaii to think about the role of peace and compassion in their daily lives and to inspire people outside the islands to learn from Hawaii’s example of tolerance and diversity.”

John Lennon once remarked that The Beatles had become “more popular than Jesus.” This created a media firestorm and an uproar amongst religious people the world over.

Yet look at H.H. the Dalai Lama. He is justifiably more popular than any rock star. He speaks in venues such as stadiums to thousands of people. He has musical “warm-up” acts prior to his teachings. Gurdjieff once said that a measure of someone’s consciousness is found in how many people they directly influence. By this criteria, the Dalai Lama is a highly influential spiritual teacher. He has touched millions of living people, perhaps more so than any other religious leader during their lifetime. The population of earth was much smaller in the days that Christ or Buddha walked the earth.

We owe Tenzin Gyatso, the 14th Dalai Lama of Tibet, tremendous credit for his courage and leadership. He is a living teacher in the world of today who approaches his task with great presence, persistence, kindness, and warm-heartedness.

A former teacher of mine, the late Dorothea M. Dooling, founder of Parabola Magazine, whose thought and example continues to have an enduring influence on me, once observed His Holiness the Dalai Lama at a press conference in New York. She recalled the extraordinary presence of the Dalai Lama as he stood calmly and with great attention, drinking his tea. Asked about the difficulty of leading his people, and of working in forced exile from his native Tibet following the violent Chinese occupation of the country, he paused and finally commented: “I consider it a great honor and a privilege to be working in these conditions…” Though in exile for most of his life, the Dalai Lama radiates joy, kindness, and great compassion, which he directly attributes to the Buddhist teachings on training the mind “to transform adverse circumstances into favorable ones.”

His Holiness once said, “The oppression and persecution the Tibetans have suffered and continue to suffer under Chinese rule is one of the greatest human tragedies. But just being negative about the situation is not constructive, and losing heart does not help us solve problems. So in the light of the Buddha’s teachings, we should develop courage. … Even our enemies give us the best training in patience. When we reflect on these holy instructions, in a way we should feel grateful to the Chinese. If we were still living in the same old system, I very much doubt that the Dalai Lama could have become so closely acquainted with worldly reality.… It is quite possible that I could have become narrow-minded, but because of the Chinese threats and humiliations, I have become a real person.… There is no mental determination or courage stronger and purer than the awakening mind.”

He speaks in simple language, yet his meaning is profound. His message is one of compassion and altruism. “If each of us can learn to relate to each other more out of compassion, with a sense of connection to each other and a deep recognition of our common humanity, and more important, to teach this to our children, I believe that this can go a long way in reducing many of the conflicts and problems that we see today.”

Every great spiritual teacher has brought a particular direction, an area of emphasis to their teaching. In my mind, one of the Dalai Lama’s greatest contributions has been his instructions on training the mind and cultivating the emotions. He has demonstrated the potential of transforming toxic emotions into positive states of being. And further, he has shown through the viewpoint of neuroscience a remarkable fact: that the neural pathways to the brain are not fixed and can actually change. The implications of this are enormous; that the automatic pathways of our rational and emotional nature can change within the context of inner work. The inner work of seeking compassion, empathy, forgiveness, and love can literally change our states and our behavior. Through the higher vibration of positive feeling, we can open to the natural, spiritual wisdom that lies within each of us. Opening to spiritual wisdom, then, can take place through educating the heart.

In the Saturday session, His Holiness gave a teaching to students and sponsoring educators (you needed a valid student ID to even enter the event) titled Educating the Heart. In this talk, His Holiness emphasized the need for mental training and discipline and noted that “the purpose of education is to reduce the gap between reality and appearances.”

While we differ in appearance, we are all one global family. His Holiness taught that we must train our emotions and minds to cultivate compassion, trust, and inner peace. Through the action of empathy, we can reduce the fear and violence that comes from not considering the needs and rights of others. He claims “There are two levels of compassion. One is biological. This is oriented about others’ attitudes. If I show love, compassion, how much will I get? That is not genuine compassion. Genuine compassion doesn’t consider response. There is no room for expectation. You don’t expect anything in return. You unconditionally give. You don’t expect anything in return.”

As an educator, I have seen all too well the insufficiency of modern education. When we only attempt to address the student’s rational mind, we are divorcing the child from feeling, creativity, and a broader awareness of self and others. Genuine awareness arises through a synergy between mind, body, and feeling. We cannot cut the student off from the neck downward, yet often we do with tragic consequences. In art classes in college, I have observed that students need to work hard to mitigate the effects of primary and secondary education, and make the difficult return in themselves to the search for wholeness of being which is not emphasized at all in our modern educational systems. Poet Theodore Roethke writes: “The death of feeling in a child: what is more terrible?”

His Holiness encouraged this generation to take responsibility for the 21st century. He entreated the audience to insure that the 21st century is one of dialogue and peace. He believes that this generation of students must learn to solve the world’s intractable problems thought “logic, reason and mutual respect.” He said that his generation will be watching, from either “heaven or hell, but we will be watching.” He hopes the current century can have a deeper legacy of peace than the twentieth century during which over 200 million people died by violent means. “This century should be a century of dialogue. You have a heavy responsibility to build a happy humanity, a happy century.”

Sunday’s Panel Discussion focused on The Importance of Native Intelligence in Modern Times with navigator Nainoa Thompson and hula master Dr. Pualani Kanahele, with John DeFries acting as moderator. His Holiness spoke of universal responsibility to each other and to the earth. He reflected the need for balance, that we need to develop universal responsibility, yet at the same time preserve the uniqueness of our cultural heritage and traditions.

He raised the provocative question of “How do we use time?” No force can stop time and we must learn to use time properly.

Navigator Nainoa Thompson presented the Dalai Lama and Pualani Kanahele hand-made canoe paddles as gifts. His Holiness summarized the discussion by noting that there were two paddles. One symbolizes our search for absolute wisdom, while the other symbolizes our way of life in modern times, and that we need to be responsible to both, that both are necessary to navigate the currents of life.

In the public talk on Sunday afternoon, titled Advancing Peace Through the Power of Aloha, His Holiness spoke to a packed auditorium, the first of his events open to the general public. Remarkably, the audience of 9,000 listened with relative silence and rapt attention to his teachings. He once again emphasized the need for compassion and inner peace and the need to train the mind to cultivate these qualities. The final words to his talk:

“There’s no other way but to try to build this century as a century of dialogue, peace.

We must find how to tackle when we face problems, not use force, but through talk, with respect, listen to others’ point of view. That’s the only way.

In order to do that, you must have will power to talk. And then you need wisdom to know the reality about others’ interest and one’s own interest.

Combination of wisdom and will power, I think we can develop this century as a century of peace through dialogue. (applause)

In your family, whenever you face some problems, try to find some solution through some mutually agreeable way.

On Monday, the Dalai Lama’s final day in Hawai‘i, he visited students at a public school, Kailua High School, selected because of their educational programs on compassion and conflict resolution. In the afternoon, he visited the berth of the Hawaiian Voyaging canoe Hokule‘a, to bless the canoe in preparation for its upcoming world-wide sail. A distinctly Hawaiian event, the Dalai Lama was greeted with a chorus of conch shells by men wearing black malo and several moving chants.

Hokule‘a navigator Nainoa Thompson mirrored my own response to the visit of His Holiness when he said, “Your presence and your blessing and your words are so powerful… The real question is, what are we going to do with what we learned today?”

Full transcript of the Dalai’s Lama’s talks can be found on Honolulu Civic Beat. 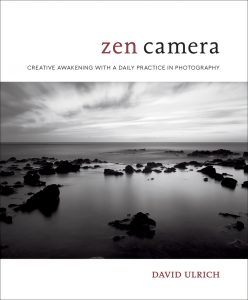 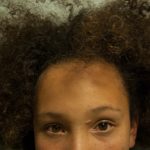